Taking a trip to Everglades City is like taking a journey to the past.  The place’s rich and colorful history are all found within the places that surround it; The Big Cypress National Reserve, Everglades National Park, the Ten Thousand Islands National Wildlife Refuge, Picayune Strand State Forest, and the Florida Panther National Wildlife Refuge. All the beautiful places have something great in store for everyone to discover, whether be it about the natural environment of the events that shaped the region’s present.

Everglades city let’s you peek at its past with the help of the numerous parks and museums scattered all over the place plus it has a grassroots traditional small town feel to it. Stone Crabs are a hit in these parts. The city’s Stone Crab production facilities provide much of what the town needs and to its restaurants.

Today, much of the town still enjoys a quite rural atmosphere, but recently development has seen its mark as more and more people purchase high value property and decide to set up large businesses or settle in homes within the area.

The earliest known settlers in the area were the Native Americans; most of them were from the Calusa tribe that found their way in the area some 2000 years ago. However, its modernity only came somewhat recently in terms of historical scale. In 1889, someone by the name of George Storter Jr. purchased the land for some 800 dollars. By 1920, the place had turned into a tiny fishing village. But by later of that decade, a part of the Everglades was needed for the construction of a major road the Tamiami Trail to make transport even more convenient. The completion of the road meant more accessibility to the once small town, and then progress soon followed.

Nowadays, the town mainly thrives on tourism. With its numerous national park and wildlife preserves, it’s apparent that the people in the area put a high value on their natural resources; and rightly so as this serves them in their day to day life and provides them with much needed food. Take for instance the Stone Crabs. The Everglades City is dubbed as the Stone Crab capital of the world. People can enjoy seafood dishes of all kinds and the crabs cooked in more ways that you can imagine. This bounty of food and good cheer culminate in the annual Everglades City Seafood Festival where restaurants and local food shops come together to share with people the good food the city of Everglades has to offer.

Everglades City is known for its wildlife preservation efforts too.  This is why in the Everglades National Park; people tend to enjoy the sights of the marine and estuarine life of the place while they move and play around their natural habitat which is a subtropical paradise with pinelands, mangroves, cypress swamps and rare orchids. The Everglades National Park is the largest wetland ecosystem in the United States.

So, please do visit Everglades City and experience the wonders of the natural environment as well as the comforts of an easy rural life from the days gone by. 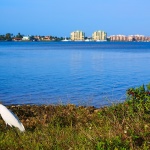 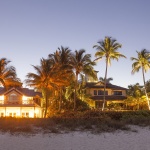 Celebrities Living in Naples, FLArticles
This site uses cookies to improve the user experience, by continuing to browse this site you AGREE to our use of cookies.OK