Coffee had always been synonymous with sophistication. Originally coming from the middle-east, it was first introduced to Europeans during Renaissance then boomed as an industry during the Enlightenment Era with the prevalence of coffee shops where people meet and talk about the hot topics of their day and played chess. Another place that rings a bell when sophistication comes into mind is Naples, Florida. And who knows the Paradise Coast better than Divine Naples?

That’s right, we in Divine Naples constantly seek out what the best things we can offer for you guys because we believe that only the best is good enough for you. And so, for the first time ever, we have brought to you Julius Meinl International. This coffee franchise which is beloved in Vienna, Austria would open its doors for the first time in the United States of America and in Naples, Florida no less! We are so excited to share this announcement with you as now, we are able to serve 100% pure Arabica Coffee (all complete with light, medium and dark roast goodness) to people in Naples, Florida – locals and tourists alike.

The origins of how the Julius Meinl coffee shop came about is an interesting one. Meinl ran a small grocery store in Vienna, Austria in 1862 and one of the items on his shelf were stocks of coffee beans. Now, during this time, coffee beans are brought to the store unroasted and you would have had to roast them on your own once you bought them. Coffee beans were valued commodities at this period because most, if not all, of them, were imported from the Ottoman Empire in the south. Everything was all well and good until a maid came to their store one day, in tears, because she burned her coffee beans by mistake and she saved up three weeks of her salary just to get them. And so, ever since that day, Meinl took it upon himself to run the first-ever store to sell roasted coffee straight from the shelf. This business was passed on to his son Julius Meinl II and his grandson Julius Meinl III. 150 years later, the tradition of making the best premium roasted coffee live on and has found its way to over 70 countries worldwide. And now, at long last, you too can have a sip of the best coffee in town because Divine Naples has brought Julius Meinl right around the corner, in Naples, Florida. No need to fly abroad!

So get ready to taste a variety of blends made just the way the should be in Julius Meinl. You can visit our shop whenever you feel like taking it slow while touring the beaches and the parks around Naples, Florida. Have a nice chat with your friends or read a book. Our baristas who blend the tastiest coffees will make sure you get the best coffee experience possible while staying in Julius Meinl.

We can’t wait to meet you in the coffee shop! See you soon! 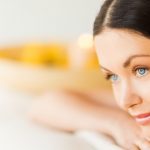 diVINE Spa is Now a Part of Divine NaplesArticles
This site uses cookies to improve the user experience, by continuing to browse this site you AGREE to our use of cookies.OK