One of the great things about the US is that the country celebrates much cultural diversity. For people who visit the state of Florida, particularly the southwestern part which is around Naples and Everglades City, one may find that the local people use a certain distinct accent that’s not found in other parts of the US. It has a sing-song tune to it that’s may sound commonly southern at first but with enough exposure, you may find that it has a rather unique tone to it. They even use some words that are unique to the region that a traveler may find interesting.

So, how did these colloquial phrases and this accent develop over time?  Many of the people who settled South Florida in the early days came from Georgia, South Carolina, North Carolina, and Alabama primarily.  Therefore, some of the trends from the English in these states were brought to Everglades City.  For example, the frequent use of the word, “ain’t,” “y’all,” and the acceptable use of grammatical errors such as “them gators” rather than “those gators.”  Visitors often notice that words and sounds are sometimes blended together, all covered in a Southern accent that can best be described as a cross between a Georgian, Carolinian, and Alabamian accent rolled into one.

Another common observation is that words are often shortened.  For example, the word “gators” is used rather than “alligators,” and “glades” instead of “Everglades.”  In addition to shortened words, there are also friendly nicknames to some of the animals that inhabit the area.  This includes, just naming a few:

This rather unique way of speaking is the result of the vibrant history of the region. Generations of people, families, migrants, settlers, frontiersmen, adventurers and people who sought to start a new life, get a clean slate, all combined to make this distinct way of speaking. There is a rustic charm to this manner of speech, a humble melody that is easy to appreciate and love. And true enough, you should notice that the people here are proud of this heritage and continue to use this accent in their daily living. They take little to no heed of what other people who don’t speak the dialect may think about it. There’s no sign of it dying. And so, we invite you to witness their amazing culture while sharing the bounty of the land with all its wonderful sights and sounds, come to southwestern Florida. 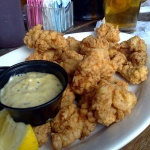 Try a Bite of Gator TailArticles 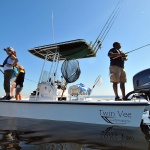 Fishing and Boating in the EvergladesArticles
This site uses cookies to improve the user experience, by continuing to browse this site you AGREE to our use of cookies.OK