For most of its history, the Everglades had not seen much human activity. This is perhaps the reason why the region is so abundantly blessed with the gifts of Mother Nature; gifts that are continually being preserved today. In fact, even at the end of 1800’s most of the Everglades area was mostly untrodden marshland and thick wilderness. However, there were indeed moments in this part of the region’s history which were rife with excitement and adventure as explorers and successful men push the boundaries and discover the secrets of one of the country’s final frontiers.

During the pre-Columbian era, there was much evidence that the modern-day Everglades city and the nearby Chokoloskee Bay were inhabited by Native Americans for thousands of years. It was not a habit for people that time to keep written records and whatever they wrote, they wrote on highly perishable materials such as wood and leather. Thus, not much is known about the life of the first occupants. We could only assume that they had a similar culture to those ancient Native Americans in other parts of the country and migrated to the area in search of good soil. What we do know is that eventually, they had been absorbed by the Calusa tribes either through violent conquest or interbreeding shortly before the arrival of the colonists.

There were times especially in the early and mid 1800’s where Europeans tried to make a colony in the region. In 1838, Dr. Henry Perinne was given a plot of land around Cape Sable. His plans to make a settlement did not happen, unfortunately, as he was slain by some Native Americans before he got started. Another attempt was made in that same year as General Thomas Lawson surveyed the area. And by 1856, he established Fort Poinsett marking the first successful effort for Americans to inhabit the area.

A few years later, just after the Civil War, it was the time when the region really started to see its share of American settlers. The first permanent settler was one William Smith Allen. He arrived along the banks of what is now the Allen River in 1873. By 1899, George Storter Jr. claimed the land and became a successful sugar cane plantation owner.  He established a trading post in 1892 and acquired a post office named “Everglade” which where the Everglades City got its name from. This place began entertaining tourists and wealthy vacationers in their yachts who loved to hunt and fish around the place.

The other sort of settlers came by the way of the deserters from the Civil War. These were normally young men, who fled into the Everglades when they deserted the Confederate Army.  They figured that living their lives out in the Everglades would enable them to avoid punishment for desertion, and free themselves from the society that they came from.

Since they were running away, they really didn’t care if they never saw another person, let alone a group of people.  Same thing with the people who started to show up later on in the 19th century to the Everglades:  they wanted to be left alone, and only interact with others if they wanted to.  So, if they needed something, like food, they got it from the land around them.  Items that were often hunted by these early settlers, either for food or to sell included frogs, alligators, deer, birds, otters, foxes, and bears.  The hides of alligators, foxes, otters and bears, in addition to bird plumage were sold by early settlers, at first to major cities like Miami, Tampa and Orlando.

Soon, the place waw to see some real changes and the population became denser. The first church and schools were built at the close of the nineteenth century, general stores and trading posts popped up and the ones already established became busier. Stores such as that of the Smallwood family became largely successful.  Local Seminoles and white Americans often bartered goods; shells, pelts and wooden handicrafts for detergent, laundry supplies, canned goods and soft drinks.

Then there’s Barron Collier. He was largely responsible for putting the Everglades on the map at the beginning of the 20th century. He literally built a miniature city with functioning buildings designed for various purposes for his employees. He acquired the property from the Storter family and turned it to a vacation club for the elite and wealthy. He even had a couple of US Presidents as guests. He also helped the construction of the Tamiami Trail, a major highway in the city, cementing its productivity and legitimacy as a potential city. And all the rest, as they say, is history. 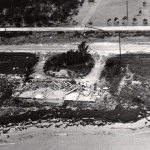 The Legacy of Hurricane DonnaArticles 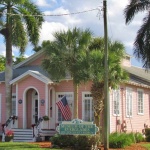 Museum of the EvergladesArticles
This site uses cookies to improve the user experience, by continuing to browse this site you AGREE to our use of cookies.OK