You are in a dusty, unpaved road in the southern edge of Florida. You tie your trusty old horse to a nearby post in front of a local general goods store. The year is 1923, and it feels like the world around you is changing in a pace you could not seem to keep up. These changes are felt all over the country and this includes this humid, subtropical frontier of southern Florida. This feeling of rapid change is what folks like Ed Frank must have felt during their time. Immensely tall buildings that seem to scrape the sky are being built in every major city, massive waves of migrants come from Europe disrupting the labor force in a scale not seen before. And then, there’s this newly invented machine, the horseless steel carriage – the automobile.

The automobile was a marvelous feat of engineering of its time. You would have gasped in awe as it sped right past you with an aggressive roar of a terrifying beast. Urban progress is shaping the land and you are a first hand witness to it. And many people like Ed Frank took advantage of that. This man opened the first-ever car dealership store in Naples, Florida in 1923 which contributed to the significant progress, Naples has been seeing that time. A few years before this, he invented that would be known as a Swamp Buggy.

It was around 1918-1920 when he got himself some scrapped parts of a Ford T model and used it as the exterior body for his invention then got a crate for seats. Overtime, he added more to his design and incorporated things like tire chains, extra transmission and some aircraft parts from World War I. This unique and resourceful design allowed the buggy to become huge in size and thus was able to traverse the oftentimes muddy and swampy terrains of the region with relative ease. Frank found his vehicle useful for his hunting activities as well. Swamp Buggies are still very popular in Florida today with more enthusiasts coming up with crazier and more outrageous designs every year, emphasizing sheer grit and power. Back in the day, prizes given to swamp buggy race winners were turkeys and sometimes shotguns, but in the mid-50’s with the hosting of the first-ever Official Swamp Buggy Races, the organizers began handing out cash prizes instead which still continues to this day with winners bagging thousands upon thousands of dollars.

The Swamp Buggy is not only used for recreational purposes. This vehicle today is also used for law-enforcement and is used as an official patrol vehicle by the local police. The Swamp Buggy also helps the local government in their tourism efforts as the vehicle is being used to take tourists through the grasslands and the prairies that are one of the prime attractions of the region. Navigating through the difficult terrain would not have been possible as well as the yearly races and contests that are packed with people every year if not for the innovative thinking of one man who started both the first commercial store and the first make-shift vehicle in Southwest Florida. 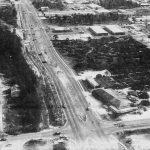 A Brief History of Naples FloridaArticles 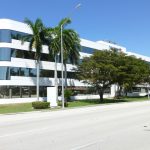 A Bank That Made Big Landowners Started Small in Naples FloridaArticles
This site uses cookies to improve the user experience, by continuing to browse this site you AGREE to our use of cookies.OK