The Fakahatchee Strand Preserve State Park is a part of the Big Cypress Reserve in the Everglades. It is home to trees that are more than a thousand years old. There are also rare orchids to be found in the area as well as migratory birds. Part of this 85,000 acre wildlife area is open to the public. Only a section of the land is open to the public so as to maintain an ideal environment for the animals like the owls and the Florida panthers that live there. There are four known sections are can be accessed by the visitors: these are the East River, Janes Memorial Scenic Drive (an area known for hiking opportunities and biking trails), the Jones Grade lakes and the Big Cypress Bend Boardwalk (a boardwalk that’s 2,500 feet long that features an observation deck where you can spot gators) . These places are a great opportunity to take photos and bring back home memories of this treacherous but exciting woodland.

The animals and plant life in this part of the region had been in existence for probably millennia or more and there were even trees that were at least 700 years old, but they had been removed due to the logging activity that happened in the area around 50 years ago. However, human activity began not during the pioneering period or the occupation of the Seminole in the 1800’s but archeological evidence suggests that human settlements have been around the area for at least 10,000 to 20,000 years ago.  A major logging activity happened in the area from the 40’s until the 60’s and the cleared areas were used as spaces for trams. The government stepped in 20 years after it was first logged and began the restoration efforts that brought back life to the state park more than 50 years later. The tram roads today serve as hiking trails that are frequented by the tourists. Today, through the efforts of the people of Florida, The Fakahatchee Strand Preserve State Park is now one of the most productive ecosystems in the world, providing fresh water for both human communities and the natural environment as a whole. 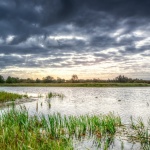 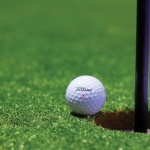 G is for GolfArticles
This site uses cookies to improve the user experience, by continuing to browse this site you AGREE to our use of cookies.OK