Snook or also known as the sergeant fish are tasty seafood found in the wealthy coasts of Florida. It is a longtime favorite and is considered one of the most exciting catch anywhere in the state.  They bite hard and fight harder than any fish and they’re pretty clever too; they drag the bait close to the mangrove roots in an attempt to cut the fishing line.

The thing about the snook in Florida is its scarcity. It’s not rare in the sea per se but it is illegal for the restaurants in Florida to serve this fish and selling this species in the market is also prohibited. This is why the only way for you to sink your teeth into this fish is by fishing it out in the open waters.

There are many fishing and wildlife regulations in the state that one should follow if you plan to go hunting or fishing. Open season for snook begins on first of September every year and during that time, anglers from Naples, to Marco Island and Everglades rush to the seas to catch that sought after fish.  The fishing season ends November and then reopens at March through April. Fishes caught must only be 28-33 inches in length and is limited to one fish per angler. Don’t forget to bring your license and secure the necessary permits.

And now that we’re all set and good to go, we’ll dispense some useful tips. First is that the snook prefer water that’s above 60 degrees Fahrenheit so it’s advisable to go out in a warm and sunny day. They frequent the shallows but in saltwater, some can be seen in the edges of rivers and even right off the beach sometimes.

We recommend going kayak fishing since they can be found in shallow water areas. It’s also a great way to see the other sights in the area in a more relaxed pace.  There are several kayaks renting in the area that are definitely worth checking out.

But if kayaking isn’t your thing, you can head down the charter station and hire a bigger boat. These charters can go out further into the sea if you wish and you will be in the safe hands of fine captains who have been working in the region for most of their lives. Fishing with an experienced companion is a great way to spend your time out in the waters but you can always go alone if you wish. But if you do, it’s important to learn all you can and gather as much local information as possible before heading out. Going out in the deep gives you more opportunities to catch different kinds of fish, such as redfish and tarpon which are common in the gulf.

Fishing is a spectacular way to spend your days in the beautiful region of southwest Florida. Naples, Marco Island and the Everglades have something to offer for just about everybody, anglers included. Hop on aboard and see all the fun and adventure that wait for you. 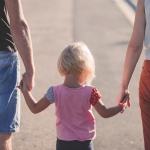 The Paradise Coast for FamiliesArticles 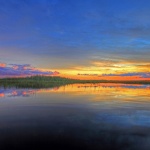 Discover the EvergladesArticles
This site uses cookies to improve the user experience, by continuing to browse this site you AGREE to our use of cookies.OK