Marco Island’s wonderful, white bow-shaped shoreline has pulled in individuals looking for heaven for a large number of years. Long before the times of resort lodgings, when the island’s shoreline was encompassed on the east side by mangrove backwoods, the Calusa Indians settled the area and flourished for more than a thousand years.

The Calusa were expert artisans, designing brilliantly painted masks made from mud that regularly looked like the animals that they revere in their culture. A testament to their skill is what is known to be one of the most essential Native American relics ever found, the Key Marco Cat. This mysterious piece of an artifact was revealed during an 1896 archeological undertaking on the island spearheaded by a certain Franklin Hamilton Cushing. This is a six-inch wooden statute that is by all accounts part feline, part human. The hardwood statue survived the ravages of time only because of the fact that it was sealed naturally in a muck that’s virtually air tight, sparing it from the oxidation process.

The Key Marco Cat, now at the possession of the Smithsonian, returned to Marco Island during a traveling exhibit in 2000. Today, the Marco Island Historical Society is holding a highly active fund raising campaign with the goal of building a new museum on the island that will meet the strict Smithsonian standards for storage and display of such a priceless piece of history. The society’s only aim is to return the cat to its original home for permanent display.

Marco Island was settled in 1870 when Captain W. D. “Bill” Collier of Tennessee arrived in his boat. He is not related to Barron Gift Collier, the founder of Collier County though. During this period the island was dominated by the clamming and fishing industries. Captain Bill built The Olde Marco Inn on Palm Street in 1883. The original Inn now serves as a popular restaurant and the registration area for a present-day hotel.

The isolated island came more in contact with the rest of United States with the Olde Marco Ferry and a railroad link to the mainland in the 1920s. Back then visitors often traveled from Miami and elsewhere to visit Marco Island’s pleasant and peaceful beach.

Fast forward decades later, Elliott, Robert and Frank Mackle dreamed of creating a “Hawaii of the East” on Marco Island in the 40’s and 50’s. Their Deltona Corporation is largely responsible for creating most of the land on the island for residential areas by converting the now protected mangroves to create canals and thousands of waterfront home sites.

Today Marco Island is both a resort island vacation spot for many travelers coming from different parts of the world and home to many seasonal residents and locals who live here year after year. It’s less than a half-hour from Naples, Florida, with shopping centers, restaurants and a bustling night life. It’s also a 40-minute drive from the Everglades with its many opportunities for hiking, sailing, fishing and museum visits, the island remains a pristine tropical paradise perfect for an island getaway experience within the U.S. 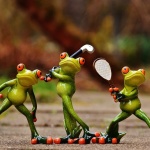 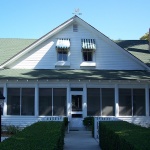 The Naples Historical SocietyArticles
This site uses cookies to improve the user experience, by continuing to browse this site you AGREE to our use of cookies.OK