5th Avenue South is the very definition of what we here have been talking about when we say Naples, Florida is a mix of glamour of a big city while having the relaxing charm of a laid-back small town. Located in the heart of Naples downtown, this small strip of heaven pumps the life-blood of Naples, Florida. The Jewelries, the fashionable clothes, artwork, home décor, fine dining and all sorts of entertainment is what defines this delightful little nook in the Paradise Coast. We’re sure you’ll just be as pleased to know how its past is just as colorful as everything it can offer in its present.

Fifth Avenue South got first real activity in the roaring 20’s where a few shops here and there opened. There’s a machine shop, the Chamber of Commerce, a train depot, the telephone company a pub, a gas station and other small shops. This made Fifth Avenue South an unofficial “Main Street” in the city of Naples, Florida. These shops generated activity in an otherwise sleepy town with a small number of people. And with the opening of these first few shops, the future looked bright for the Paradise Coast.
In the 30’s a small golf course emerge, making the baby steps into what would become the country’s Golf Capital of the World. Huge things such having the most golf holes per square mile in the US and with numerous Championship matches attended by contestants from all over the world has to start somewhere right?

The 40’s continues to see the rise of Fifth Avenue South and thus, the rest of Naples, Florida as well. The Bank of Naples opened in Fifth Avenue South. Sunshine Supermarket also opened and became a trusted marketplace for the people of Naples, Florida since then. Cambier Park also began construction in the 40’s and this will become a center for concerts, film festivals and sports events like tennis.
In 1960, Hurricane Donna ravaged the Gulf Coast and destroyed a number of the buildings and landscape of 5th Avenue. Fortunately, there were no lives lost. The economy recovered pretty quickly after that and more shops opened not long after. 70s came about, more up to date malls were flying up on the edges of downtown, making new goals for shopping, eating and good fun for both locals and the growing number of tourists. Things are beginning to take shape in Fifth Avenue South and in Naples, Florida as a whole.

But it was in the 90’s when Naples, Florida took made its full bloom with the emergence of the cultural renaissance The Sudgen Theatre which is home to the Naples Players propelled Fifth Avenue South to become a center of the arts, music and culture. The upward momentum that’s experienced in Fifth Avenue South did not really stop and it’s the trajectory is still up now that we’re in the 21st century. So if you’d like to take part of the elegance and the splendor of Fifth Avenue South, head on down to downtown Naples, Florida and plunge into this rich experience. 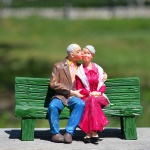 The Depth of History in Naples FloridaArticles
This site uses cookies to improve the user experience, by continuing to browse this site you AGREE to our use of cookies.OK