Pump up your adrenaline and get the ride of your life with the motorsports and other rough action sports that are all over Southwestern Florida. This is perfect for the weekend warriors who are looking for something exciting and death-defying after a week of drudgery and another monotonous month in the office cubicle. There are wide open areas; one is 999 acres wide that’s used for paintball fights, All-terrain Vehicles, zip lines and motocross. There are even Swamp Buggy Races in Naples and in the Everglades where massive machines roar across shallow swamps. Overall, there a ton of dirt roads, mud tracks and lots of fun and excitement for the machine junkie in Southwest Florida.

Get ready for an exhilarating ride with roaring ATV’s and soar like an eagle with the zip line experience. The zip lines are eco-friendly and they offer a ride of decent length, allowing you to really immerse yourself during your time mid-air. Motorcross mud tracks are here too with venues for both championship and amateur matches and feature high flying stunts that are almost impossible to achieve. Speaking of which, watercross is also a thing in Naples, Florida. It’s a high-risk sport using jet-ski. In championship matches, which happen yearly in the beaches of Naples, Florida, participants from all over the world battle it out in an obstacle course on the water. Real cool stuff.

And if you’re still not contented with that, there are Autocross events that happen all the time, especially in downtown Naples area. In these events, car owners and enthusiast gather together in several days’ worth of celebration for their badass steel babies. They showcase their most awesome and tricked out machines and during the culmination, they compete against each other in an open track where machines of intense horsepower do stunts and wheelies and run through an obstacle course made mostly of plastic hazard cones.

One of the most popular heavy, rough and dirty races here in the region is the Swamp Buggy Races. These are make-shift vehicles with massive tires and an equally humungous engine that could carry its gigantic frame. The first ones built were from discarded fighter plane parts from World War II and these bad boys were originally meant to transport people as well as goods through the thick swamps and marshlands in the deep southern part of the state, especially back in the time when roads in Southwestern Florida are still a bit sparse. And of course, now that the state has seen much progress since then, the next step would obviously be using these monsters for racing. Today, Swamp Buggy Races are one of the most popular events in Naples area.

For more information about the events of the high flying stunts and the big, bad and dirty machines, visit the Divine Naples website or go to our Articles page. For upcoming events and the latest news around the city, check out our daily podcast with Rich and Matt who will bring to you all the good things you can see and experience in the Paradise Coast. 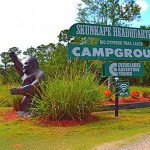 The Skunkape Headquarters is Right Within Reach in Naples, FLArticles 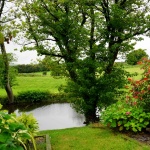 Planning A Stylish Retirement in Florida – Naples Can Be Your PlaceArticles
This site uses cookies to improve the user experience, by continuing to browse this site you AGREE to our use of cookies.OK