Music can be heard in every city and art is manifested in the architecture of buildings, roads, and the natural scenery of the place. But since the era of the Renaissance, music and art have been honed to promote a particular culture, communicate with people, and inspire or influence innate and shared creativity. Valuing music and the arts is one way to unite a community.

In Florida’s Naples, however, music and art are valued as much as they have been in Italy. They have also been integrated into the lives of the community. With concert halls famous for conducting musical concerts, operatic performances, stage plays, and choral music, people residing in this city can listen to the classical themes and melodies that had been composed centuries ago. Art galleries also display the impressive collections of crafts, sculpture, and paintings by the creative endeavors of local and visiting artists.

The season for art heightens every February with classical music set to be played in the aforementioned halls. Jazz music is also being played at clubs, halls, and other similar venues. The importance of music, regardless of the genre, is that it uplifts the mood of people who listen to it and at the same time, helps build relationships with the tune they make. That is why in Naples, music can be heard in every venue where people gather.

In terms of art, Naples goes beyond the collections in its art galleries. Though the city has many interesting buildings and architecture. Coupled with the natural scenic beauty of the surrounding environment – which includes the blue sea and the lush fields – their design will not only astound the residents but will encourage tourists to stay longer and relish their sight.

Some places not only inspire art, but also aim to conserve and protect the environment. One example is the botanical garden which is inspired by Japanese culture. In Naples’ art scene, some of the handicrafts have also been inspired by Japanese culture. Exhibits displaying origami can also be found in some artistic venues of the city, as well as sold in markets for home decorations.

Art and music in Naples are as prevalent as the city’s ongoing economic growth. By performances and displays, people can easily be encouraged to integrate art as part of their lives, not only to beautify our surroundings or to relieve from workloads, but to appreciate them for the people’s lasting creativity. 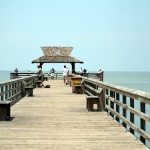 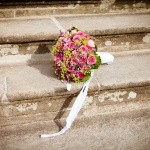 Naples Florida for Romantic CouplesArticles
This site uses cookies to improve the user experience, by continuing to browse this site you AGREE to our use of cookies.OK