The City of Naples, Florida had always been the center for art, culture and history ever since it established itself as a booming commercial hub back in the roaring 20’s. Trade flourished even further when by 1927, the Naples Depot was open, allowing the speedy access of more goods and services all around town.  It gave birth to saw mills and shops and people generally came to the city from other places just to get a grab a hold of supplies without having to drive too far.

At the beginning of the 20th century, there were many buildings in place that were built in the old American traditional style; with a ‘mom and pop’ grassroots vibe to them. A few of these buildings still exist to this day and simply visiting them is like taking a literal trip back in time. However, over the course of the century, construction continued and most of the structures built were very much inspired by the Mediterranean style architecture. Sticking true to the city’s name, a nice stroll around the streets of Naples, Florida is like a stroll around Naples, Italy indeed.

So much so that Naples has been since dubbed the “Historic Design District”. Along its narrow, cobbled streets you will surely be awe-struck by the sublimity of the architecture. The Corinthian columns, the stylish fountains, the baroque relief, the amazing curlicues and the entire atmosphere is jaw dropping.  The streets are filled with shops that display chic furniture and other decorative pieces. There are stores and boutiques too that offer fashionable clothing, antiques, pottery, hand-made sculptures, blown glass, the trendiest arts and crafts and the shiniest of jewels. The list goes on and on.  Also there are restaurants that offer exquisite dining and good wine. The district is bounded by Ninth Avenue S, 3rd Street, Thirteenth Avenue S. It contains 66 historic buildings.

Every year, many different people visit the Naples Florida. And the wonderful feeling these different visitors get year after year is as timeless as the beautiful buildings that stand all over the city for many decades. The same thing can be said with those who frequently come back.  It is no question to us that your experience here in the Historic Design District will be something that will be cherished for an entire lifetime.  Let no one say that the beauty of Naples ends in its glorious white sand beaches and its magnificent sunsets. The city of Naples is endless when it comes to giving great experiences to anyone who visits.

Come and visit the gorgeous city of Naples.  Take a tour around its museums and unleash the inner history buff in you. The city has preserved their train cars, vintage cars, houses and establishments that were made all the way back to its first settlement.  This avid preservation of history goes on up to the roaring 20’s were railroads and tram busses are about, to the forties and fifties up until its very recent history. You will never see a city anywhere that has an appreciation to history more than Naples, Florida. 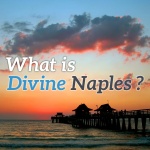 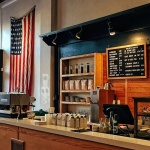 Let’s Be LocalArticles
This site uses cookies to improve the user experience, by continuing to browse this site you AGREE to our use of cookies.OK