Recently Naples Florida’s Gulfshore Playhouse; the only fully professional theatre in the city, announced that it has signed an agreement  that made this not-for-profit venue of the high arts purchase three acres of land at First Avenue South to build a state-of-the-art theater and education complex in Naples.

This multimillion dollar dream project was begun as a result of aggressive fund-raising campaigns to build a better home for the arts in Florida. This purchase is expected to replace a sales center and will occupy a vacant lot to the south.

With a new and improved building, the Gulfshore Playhouse could produce more in terms of musicals, works and content created for Broadway. The new complex will stretch to a whopping 56,000 square feet that will include two theatres and an education wing that will support programs for children and families.

The building will also act as a community landmark, with some parts of it accessible to the public. These public areas will include a café and a lounge that people can access even if they do not plan to buy tickets for any show.

The Gulfshore Playhouse has come a long way since its conception. This center for culture and learning began as an ambitious dream by Kirsten Coury with its humble beginnings dating back ten years ago in the back of her condominium. She saw an opportunity to bring life to the local arts community of Naples, Florida that could be possible by making a professional self-sufficient theatre. Her dream was to bring the best stage actors and designers from New York and all over the United States to bring Broadway-quality shows to the people of Florida.

At around 2005, Kristen created 6 highly successful fund raising events that would spur the production of a full-scale play. Starting out was not easy as they had no clear headquarters, no rehearsals and no performing stage. But she was not to be stopped. By 2006, Gulfshore Playhouse premiered its first full scale production in what was at that time the Norris Center, a municipal building from the city government.

And the rest, they say is history. Today, this highly robust theatre group has grown significantly over the past decade, with a fully professional cast and world class production featuring newly written plays up to the all-time favorite works of Shakespeare.

But the construction of the new theatre has still a long way to go. For now, the fund raising events for the new theatre covered the first portion for the first year of the construction. The entire cost to finish the project is estimated to be $45 million, excluding maintaining funds. The theatre will need more help from the good people of Naples, Florida and beyond.  So far, the response for collecting funds has been great. Some of the wealthier residents of Naples, Florida have pitched millions of dollars because they believe that the project will benefit the city in the long run. 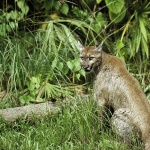 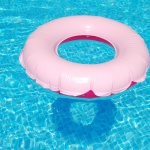 Tips for Beach and Pool SafetyArticles
This site uses cookies to improve the user experience, by continuing to browse this site you AGREE to our use of cookies.OK