Naples is home to spectacular performing arts groups. These groups are mainly theatre actors and musicians from philharmonic orchestras. They perform on a regular basis on several theatre houses all around the city. Groups such as these provide variety to the already rich and diverse attractions in the city of Naples. So if you are looking for something exciting to spend your evening with or if you are a person who has a knack for all things fancy, these stunning performers and the places where they do their performances in are the ones to look for.
The Naples Philharmonic Orchestra performs at over 140 events each year, ranging from orchestra and chamber concerts, to operas and ballets, as well as other special events. Many internationally renowned musicians and conductors have, and do, perform with the Naples Philharmonic; such as the Russian conductor Andrey Boreyko, pianist Emanuel Ax, and the Miró String Quartet. Along with their large orchestra, the Naples Philharmonic boasts an impressive 100-voice chorus, made up of entirely volunteers from all ages and all backgrounds. Each of these volunteers devotes about 200 hours of their time to rehearsals and performances throughout the year.
The Philharmonic Centre for the Arts if the establishment that typically houses the Naples Philharmonic however, it also hosts over 400 events throughout the year including world-class dances, operas, classical and popular music, and Broadway musicals. The Philharmonic Centre is a non-profit organization that was created with the intent of enriching the cultural body of Southwest Florida, providing a large amount of international grade performing and visual arts, as well as offering education programs.
The Sugden Community Theatre, the home of the Naples Players, dazzles audiences with musicals, comedies, dramas, and much more. The Sugden Community Theatre, named after Herbert and Peg Sugden who donated to aid in the creation of the theatre, boasts two performing spaces, as well as three rehearsal studies, dressing rooms, and a scenic and costume shop. The acting group of the theatre, The Naples Players, consists of volunteer actors, directors, designers and crew. The theatre also offers workshops to both adults and children to practice acting, singing, dancing, improvisation and technical theatre skills. Aside from their own performances, the Players also host smaller non-profit groups like the Naples Jazz Society, and children’s theatre companies.
The Naples Players began on January 19, 1953, a conception which originated a year earlier at the home of Henry and Mary Watkins. Its pilot production, I Remember Mama, was staged in what is today Gulfview Middle School on March 20, 1953. The Miami Herald even wrote a review about it saying, “Another cultural step in the progress of this city” and that it was a performance, “worthy of accomplished professionals.”
During the course of the next several years the members busied themselves with the operating of a community theatre. However, one issue continued to remain – the desire for a venue. In 1956, the organization incorporated and so the search for a home venue started.
The Player’s first musical, H.M.S. Pinafore, was begun in 1958. The group performed where it could, from local schools and storefronts to homes. The 1970’s were a busy time with shows, classes, workshops, and seminars. In 1975, TNP established a headquarters and a main venue for the next ten years when a 40-seat playhouse was opened at 2363 Davis Boulevard. As the time passed, both the membership and audience for the company grew.
The Gulfshore Playhouse is titled as Naples’ ‘first and finest self producing-professional theatre company’, and perform both the classics and entirely new originals exclusively from the Norris Centre. With the cast performing shows like “Beau Jest”, “Honour” and “A Doll’s House”, and a multitude of other acts such as “The Sedaka Show” with Jim Van Slyke, and other performing artists, there is always something to see. Through their educational program, called ART SMART, theatre-based workshops are brought into schools to teach literacy and numeracy while aiding the children’s self-esteem, self-confidence and cooperation skills.
These talented people have graced the city with their vibrant sense of art and made the city more alive with their skills that nourish the soul. So, if you are planning to take a trip down this part of Florida, don’t miss these local acts for they will surely give you a performance that you would remember for a lifetime. 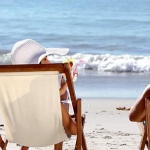 The Best Beaches in Naples, FLArticles 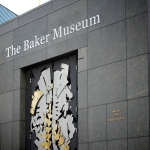 Best Museums in Naples, FLArticles
This site uses cookies to improve the user experience, by continuing to browse this site you AGREE to our use of cookies.OK