The sport of Pickleball has been making the waves in the coast of Naples, Florida. This unusual yet highly underrated sport which is a nice combination of badminton, tennis and table tennis is starting to gain traction in Southwest Florida in the recent years. In fact, the US OPEN Pickleball Championship has been much celebrated and much attended in the region as this quaint sport rises in popularity. The US OPEN Pickleball Championship is attended by many players from places in and out the U.S.  and the love and support for this game continues to be evident as every year more Pickleball events are being held and more Championships are getting organized.

People are so excited about Pickleball that in the first-ever US-OPEN Pickleball Championship in Florida that was held in 2016, the event had more than 800 players that represented 39 different states and there were others who played for their host countries. There were 7 other countries that participated in the first Championship. All these numbers exceeded all expectations of the organizers and were simply pleasantly surprised by the enthusiasm showed by all the participants and spectators. The sheer scale and size of that first event only resonated in the succeeding events that happened in the following years, with the second Championship drawing 1,200 players and from even more states and countries. And people always have a blast because Pickleball Championships are quite the spectacle.

As Pickleball grows in popularity in the region, many companies and organizers are seeking to coordinate with tennis clubs, recreation parks and sport centers with the hopes of making more Pickleball courts for people to enjoy. This endeavor should pave way for the opening of many Pickleball academies and clubs where summer clinics, training sessions and coaching lessons can be given to both young and old.

Pickleball is enjoyed by people from various age groups, but it’s played more by people who are in their 50’s and 60’s – the average age for people in Naples, Florida and thus making this city a peaceful and quite place to be in. However, there are youngsters who are into this as well, the game is in fact enjoyed by as young as 10 years old and as for the advanced players, there is somebody who is even as 91 years old as indicated by the list of registered players in the region. The popularity of the sport even as it’s still growing has impacted Collier County in a positive way. The Pickleball Championships bring approximately 11,000 spectators yearly and has garnered the County and income of almost $5 million in 2017 alone.

The Pickleball is a cool and exciting game that everybody should try. You can find all about this sport here whether you’re new to it or a seasoned veteran. New challenges, experiences and even new friends can be found when in Naples, Florida for a game of Pickleball. For more information about this awesome game, check out the Divine Naples website and go to the Tourist Guide section or visit our other articles for the rules and guidelines about this amazing sport. 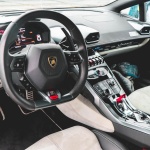 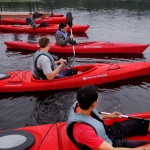 Race a Canoe in Naples FloridaArticles
This site uses cookies to improve the user experience, by continuing to browse this site you AGREE to our use of cookies.OK