Pro Watercross racing, also known as jet-ski racing is a high-adrenaline pumping, extremely explosive form of water sports that holds its annual world championship event in Naples, Florida. Every year, 20 athletes that consist of superb competitors lash it out to find out who is best among them. They test their mettle in unpredictable and changing water tracks filled with buoys that is set out in lakes, rivers and even in the open sea. There are many elements and categories to this high octane event which we will touch on briefly, first let us look at what these bad boys on the water ride on this very exciting event.

Jet-skis are more technically known as Personal Watercrafts or PWC. The ones used in competition, especially a world championship, are bad-ass sea monsters that can take its rider 60 mph in just 2.2 seconds and has the hard kick of 180 horsepower. No seat belts, no breaks, just sheer raw power. And  this kind of power will not only give a thundering roar but will also leave a huge trail of water that will be the testament to its sheer brute force.

Now that we’ve seen what these sea machines are like, let’s look at the aspects of the world event. The Pro Watercross World Championship features an unpredictable and swirling water course that will be ½ mile to ¾ mile long. There will be colored buoys scattered around the water and each color means something. This is to say that the competition happens in a closed course. This also means that there will be right turns, left turns, and straight paths with the PWC’s that can reach speeds of up to 90mph. It’s a very serpentine track that only the brave or the insane will dare plunge in. There will be 18-20 men who would be vying for the title of World Champion as they race around this closed course under a set number of laps. There’s no limit to the modifications you can place on your ride but there are limitations in specs when it comes to stock machines.

Other categories include a Freestyle event which features high-flying acrobatic spins and flips from the competitors.  They are given two minutes to perform choreographed tricks and set routines. They will then be judged Olympic-style according to how well they did. A more relaxed version of this will be a category called Freeride wherein its more or less a laid back recreational event where enthusiasts gather and start little friendly competitions of their own here and there. But if you are looking for sheer speed then there’s the Hydrodrag category. This category needs smooth water and two competitors who battle it out to find out who’s faster among them. Needless to say, this category is where new world speed records are broken and made.

Last year’s Pro Watercross Championship was held in Sugden Regional Park in Naples and will be held in this same venue for this year. When the Pro Watercross Tour decided to hold their championship event in Naples, Florida in 2015, this attracted a major news network that gave a national coverage to the event and thus sparked interest for this relatively new sport. And this was where Frank Zapata, inventor of the famous Airboard caught wind of this event and became a major sponsor to the Pro Watercross since.

This is a five-day long event and each of these five days is spent by nothing but pure water action. Last year’s event went from 10 a.m. to 5 p.m. Wednesday through Saturday with a break for lunch. The culminating event went from 9 a.m. to 4 p.m. Sunday with an awards ceremony at 7 p.m. 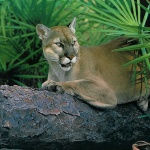 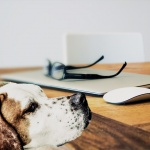 Dog Friendly EstablishmentsArticles
This site uses cookies to improve the user experience, by continuing to browse this site you AGREE to our use of cookies.OK