Southwest Florida, especially the city of Naples, is known for many things. Many of us already know that Naples is a top beach destination, as well as the best golf spot in the world; it’s also a home of the arts in the south, has massive wildlife reserves, and, of course, great food. But there are also great things about Naples and the surrounding area that you may not know about. These are highly underrated facts that nevertheless give more life and color to the region. We listed five of them for you guys, so we can share this wonderful knowledge with you.

For those of you who don’t already know, Naples, Florida hosts swamp buggy racing. Swamp buggies are huge motorized vehicles that have massive wheels or come in the form of boats. The massive wheels keep the riders elevated while the wheels themselves offer power to surmount the otherwise impassable swamps. The boats have huge propellers behind them allowing them to traverse through thick bogs and swampy areas with lush vine growth. And so, what else do you do with huge rides with powerful engines? Why, you use them for fun and exciting races. Makes sense? Yeah? Well, the people in Naples think so too.

The beaches around Naples are beautiful beyond compare, we know this much. But did you know you can take a piece of these wonders with you and put them in your pockets? What are we talking about? We’re talking about them shells, buddy. Yes, in Naples city’s beaches, you can take some shells and bring them with you as a reminder of the wonderfully pleasant time you had in the gorgeous city of Naples.

Not all of you may know this but the Everglades is so rich with plant life, primarily orchids, that the place can be considered the Orchid Capital of the United States. The Fakahatchee Strand Preserve State Park which is a part of Big Cypress is home to a rare and elusive orchid aptly named the Ghost Orchid (Dendrophylax lindenii).  This stunningly beautiful orchid has pristine white flowers that have petals that grow in wave-like patterns that you can liken to a typical comic image of a ghost that is sure to bring chills down any orchid enthusiasts’ spine.

Naples started out as a ranch in the late 1880’s and since then people have been reliant on the bounties of its rich soil. This goes on to this day as we can see through the various farmers’ markets that have sprung up here and there that offer fresh produce like tomatoes, potatoes and other fruits and vegetables. The harvests have been and continue to be so rich, in fact, that people may not realize that the region has been responsible for a significant amount of fresh fruit and vegetable goods throughout the entire United States.

Home to the Fossa

The Panther has been a popular beast both in wildlife attractions in the region and also plays a vital role in the history and mythology of this part of the country. But in the Naples Zoo, there lives the Panther’s cousin, the Fossa. The Fossas are cat-like predators that stalk the impenetrable jungles of Madagascar. Now you too can behold the greatness of this beast if you come and visit Naples, Florida. 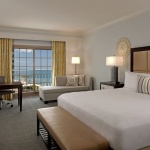 How to Get a Free Hotel UpgradeArticles 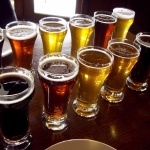 Craft Beer: Naples and BeyondArticles
This site uses cookies to improve the user experience, by continuing to browse this site you AGREE to our use of cookies.OK