During the 1920’s and 30’s, North America saw an unprecedented growth in terms of economy, urban progress, infrastructure, industry and waves upon waves of immigrant arrivals. People have come from all over; there were the Irish migrants, Italians, Jewish, Eastern Europe and other parts of the western world. They came in droves of boats that are full of people, each a migrant, each having hopes, dreams and aspirations in starting in a new land where they believe they will earn in proportion to how much they’re willing to work.

Everybody started on their own, whether it’s through employment or starting small businesses. And true enough, through hard work and luck, many succeeded and the descendants of these migrants compose a majority of the population of America today. An example of this extraordinary tale of these migrants is the story of how one of the first and the largest milk delivery companies in Florida came into existence. The Sunny Florida Dairy has been delivering great quality of milk around the state of Florida for over a hundred years. They use 125 dairy routes and service over 4000 locations and have 14 depots. They sell value added products too such as butter, cheese, yogurt, ice cream and other dairy based products. Sunny Florida Daily values each and every customer and treats them like family. This is what they claim to be the secret sauce of their company. While this sounds like a company that’s got everything going good for them, it did have some very humble beginnings.

In 1911, and Italian migrant named Giuseppe Guagliardo came fresh off the boat and wanted to start a new life in the New World. So, as soon as he arrived, he bought two cows and used it to make a small business for himself by way of selling milk. He and his sons would then deliver the milk and go door to door so they can have their each order completed. With just two cows he was able to feed his family and nourish the people who lived near him. And with that their small family business just grew from there.

The company’s excellent work ethic and their good treatment of their customers vastly contributed to the company’s continued growth during the century. They have expanded into farming, processing the milk they get from their cows all the while remaining true to their core service which is the distribution of milk out there to the market. The company’s delivery trucks had been a common sight throughout Florida and they have become a household name. Restaurants, groceries and convenient stores have mostly been the clientele of Sunny Florida Dairy. They also reach out to healthcare services, schools and resorts.

The story of Sunny Florida Dairy is a classic story of success through hard work. People who arrived in those boats a hundred years ago thought that if they worked hard in America, they will be rewarded. Despite the strict immigration policy of that time, they persevered and made something out of themselves and did not spend time bemoaning their lot and feeling victimized by perceived injustices. There is an important lesson to be learned from them. 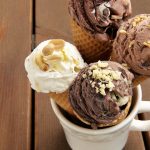 Naples Of Ice-cream and MenArticles 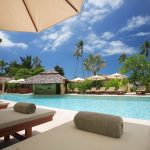 An Enduring Success Tale in Naples First HotelArticles
This site uses cookies to improve the user experience, by continuing to browse this site you AGREE to our use of cookies.OK