The year is 1929. You are a traveler from a state up north and are looking for a warm place to stay for the winter. Fortunately enough, you happen to be a guest in The Naples Hotel, the first premier hotel in the region and have been in operation since the 1880’s. The service is excellent, the lodging cozy and the view spectacular in this nice little hotel in the south. However, some form of recreation surely can be most welcome, especially during the mornings. So, it’s a good thing that they just had their golf course opened. It’s an 18-hole golf course, also the first in Naples, Florida and would become a stepping stone in a long-standing tradition and pride for the city in the century to come.

The owners of the hotel bought a plot of land facing the beach that’s next to their property and turned that into a golf course. Later on, the hotel would be named The Naples Beach Hotel & Golf Club. Before the golf course was completed, guests in the hotel who wanted to play golf would have to go to Fifth Avenue to play in a 9-hole site in the middle of the city. In some days, that fairway was used as an airport, so that would have been a hassle for some. So you had your golf and had a great time in your stay, plus had a great time in the beach too, enjoyed the calm waves and the seabirds – vacation well spent. However, the progress of our hotel did not stop as soon as you took the flight back home.

A retired toy manufacturer by the name of Henry Watkins Sr. decided to purchase the hotel and the beachfront property and made substantial renovations to it, added buildings around the site, a guest room, extensions to the golf course and even made it a dormitory for his employees at one point until he passed the business on to his son before his passing at the age of 91.

The business was passed on to his two sons and together they made The Naples Beach Hotel & Golf Club better than ever. The upgrades they did included a 75,000 square foot Spa and Clubhouse, a renovated Everglades Room, the famous Mary C. Watkins Tennis Center, a restaurant, their own bar and grill, swimming pools and then redecorated the rooms with a more tropical vibe that pleased many guests.

The hotel had been a steady growing business during the decades when Mr. Watkins Sr. was directing the property but all stories of success did not come to be without some struggle. Perhaps the hotel’s most trying moment was it was when hit by the Wrath of Nature herself. The Hurricane Donna struck the hotel in the summer of 1960. The impact caused great damage to the business but Watkins Sr, not to be deterred by life’s setbacks, simply said to his employees, “we’ll just build it back better”. And indeed they did, for in October that same year, just a month after the deluge struck, the doors to the hotel reopened and it was business as usual.

The Naples Beach Hotel & Golf Club continues to be a monument of excellent service today as it always had been in the past. The hotel has served millions of guests; many of them were prominent figures in a variety of fields. The hotel was graced to have had people such as Thomas Edison, golf player Hedy Lamarr, actor Gary Cooper and former president George W. Bush as some of the famous guests the hotel had. But of course, their doors are always open to all visitors of Naples, Florida. 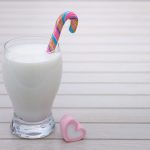 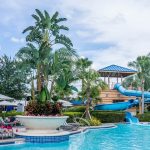 2nd Water Park in Naples Florida Opened for BusinessArticles
This site uses cookies to improve the user experience, by continuing to browse this site you AGREE to our use of cookies.OK