Despite having been developed much later in relation to America’s history, there is actually much more history in Southwest Florida than meets the eye. This became apparent recently when the Florida Public Archaeology Network (FPAN) did their routing monitoring on Otter Mound Preserve on Marco Island, following the devastation of Hurricane Irma and found tools and artifacts that tell about a tribe that lived and thrived in the region hundreds of years before any European set foot in Southwest Florida. This is a staggering discovery and provides a good look into what happened in a time we know so little about.

The Hurricane Irma that struck in Florida in September of 2017 caused much destruction in its wake. However, depressing as it had been, there is this story that could be counted as a blessing in disguise right after the heavy deluge took place. The funny thing is, when FPAN was in Otter Mound Preserve that day, they weren’t necessarily looking for ancient artifacts, instead they were there to analyzed trees downed by the hurricane and make damage assessments based on that. However, the unexpected happened as not only did they find felled trees in the area but found numerous shell tools and pottery from a native tribe called the Calusa. These artifacts date back from the pre-European contact period, a time before the 1500’s when Spanish ships sent missionaries in the region to spread Christianity. The find was significant in the sense that not much is known before the Spanish arrived since the natives did not exactly have a way to record their history that can last through time apart from passing down oral traditions.

The artifacts were exhumed and rescued from the destructive clutches of nature and now sit protected under the care of Collier County in coordination with Marco Island Historical Museum. In reality, the salvaging of these was a close shave since the Otter Mound Preserve is right near a residential area in Marco Island. The mound itself is an interesting site. It’s a hill that that’s made of seashells stacked on to each other. Experts believe it to be a construction of the Calusa people sometime between 700-1200AD. It’s purpose remains to be a mystery. Local anthropologists, however, speculate that it may have been used for a religious ritual of some sort. Nevertheless, the mound is an interesting sight to see, if not a bit eerie.

The Florida Public Archaeology Network, according to its official site, is dedicated to the protection of cultural resources, both on land and underwater, and to involving the public in the study of their past. Regional centers around Florida serve as clearinghouses for information, institutions for learning and training, and headquarters for public participation in archaeology. Thanks to their efforts we now may get additional insight as to this rather mystrious culture that once dominated the swamps, seas and prairies of Southwest Florida. Though we have some ideas that experts have pieced together over the last few decades of studying the tribes that once inhabited the region, there is still much to learn about them particularly the Calusa that was believed to be at one point, the most powerful tribe in the region. 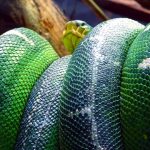 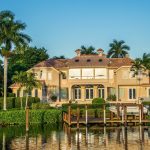 Most Expensive Houses in Naples, FLArticles
This site uses cookies to improve the user experience, by continuing to browse this site you AGREE to our use of cookies.OK