A common scene in the midsummer of Naples, Florida: people have gathered around the shore as if expecting something to happen. And the skies are clear as the cool June breeze have blown away the clouds from the horizon – it’s dusk, and the lovely vacationers are holding their breaths in anticipation for the best sunset in the world.

Some, however, are looking for something more special in the midst of that sunset.

The Green Flash that we are looking for is not the comic book hero, but rather it is a rare phenomenon that occurs around sunsets. It’s a green streak of light that shows up the very moment the sun submerges into the ocean. It happens very briefly, as the Green Flash is but the tip of the light coming from the sun as it says goodbye for the day.  Some days these flashes are huge, most of the time it’s very small but either way, it sends a truly enchanted jolt along the spine of anyone who witnesses it.

Although we’ll make it clear that the Green Flash is a global phenomenon. You can catch it anywhere there’s a good view of the sunset. However, there’s just something about the Naples Pier that makes it a very ideal spot to catch these very elusive streaks of light.

It’s Pretty, But How?

There are numerous theories here and there as to why the Green Flash happens. Experts on optics have a thing or two to say.  The best one out there is that the Green Flash is caused by light refraction and certain atmospheric conditions that bend the light and in turn give off that green-ish effect.  One thing is certain though, it is best to catch these beauties under clear skies with pollution free environments.

It’s also advised to condition the mind before hunting for one because sometimes when people really want to see something with their eyes, their brain tends to play tricks on them and they’ll end up seeing what isn’t really there. That’s how people usually end up with having an image of Jesus in their toast or figures of faces in the moon or the planet Mars, it’s a brain thing, but I digress.

One important tip though; avoid staring at the sun directly for any given amount of time. It damages the eyes. Use a camera that captures high quality video is recommended. But in case that’s not available, just wait for the final drop and at that very right moment, catch the sun at its lowest point, when the white sun is brimmed with a strong yellow. This shouldn’t pose any real threat to the eyes at this point and at that crucial moment; you may, and just may, catch this very elusive fairy. And speaking of green faeries, if by chance you were not able to catch a solar Green Flash, there is always another way of catching a green streak of light and it involves a bottle of a certain liquor. 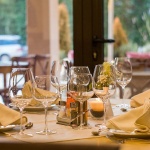 Getting a Great Meal in Naples, FLArticles 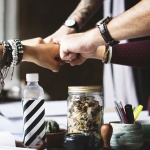 Speak Local, Buy Local, Be LocalArticles
This site uses cookies to improve the user experience, by continuing to browse this site you AGREE to our use of cookies.OK