Everglades City is a charming little place that is surrounded by some of the biggest and most lush sanctuaries on the planet. And because of this, the city is blessed with a great bounty of seafood. Stone Crabs are a must try here and, in fact, the city was dubbed the Stone Crab Capital of the World. And by February of every year, these abundant harvests culminate in the Everglades Seafood Festival, where people come together and enjoy good food, good music and the good company that they provide to each other.

At this point, one may ask just where this all started. How did this charming south Florida town come to be?

The earliest known inhabitants were called the Calusa and their entire civilization flourished around 2000 years ago. But the earliest known white settler was a man called William Smith Allen. He came to these parts after the Civil War. By 1889, the town was bought by George Storter Jr. after William Allen’s passing away.

By 1920, the town was still a small and quiet fishing village. That was all about to change when a wealthy man named Barrion Collier set foot on the land and began acquiring land that would later become a part of Collier County. Soon, he became the largest land owner in Florida. At one point, the construction of the Tamiami trail was put to a halt due in insufficient funds. It was Collier himself who helped out the government to finish the project and now it made the transport of goods much easier and faster and with it came more progress, not just for Everglades but for the entire state as well.

If you wish to learn more of the Everglade’s rich history then you need not to look further than the Museum of the Everglades. This place vividly presents the memories of the region from the days long past. It was once the town’s laundry building back in the 20’s but now it serves as a learning venue for visitors and children alike.

On neighboring Chokoloskee Island, the Historic Smallwood Store Museum re-constructs the busy trading stop that once existed together with a post office back in 1906. It was an important place where economic activity once thrived. This area once served the Native Americans and pioneers who made their living from fishing, hunting animals and planting crops in the untamed areas of the Everglades and Ten Thousand Islands.

Everglades City is a place that is full of exciting stories to tell, both in the past and present. People here are proud not just of the eco-diversity that they passionately protect but also of their rich and deep history.  This is the same history that they want to share with one and all. Which is why we invite all of you to come and experience not just the beauty of nature, with all the ancient trees and the breath taking beaches, but also of the culture and the epic stories from the distant past of Everglades City. 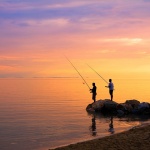 Fishing in the Ten Thousand IslandsArticles 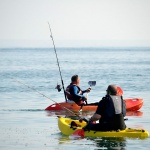 Kayak FishingArticles
This site uses cookies to improve the user experience, by continuing to browse this site you AGREE to our use of cookies.OK