To find an amazingly detailed overview of the intriguing history of Florida’s Paradise Coast, then visit Naples for the Collier County Museum. The museum displays exhibits focused on the land as it was over 10,000 years ago, at the end of the Palaeolithic era; with creatures such as mastodons, mammoths, camels, and gigantic herds of ungulates like bison and deer which roamed along with native Pelaeoindians. Also find information about the Calusa and Seminole Indians, and the first intrepid pioneers to move to the Southwest Florida area. At the museum there are also plant gardens full of native wildlife species, two early-build Naples cottages, swamp buggies, a Sherman tank from World War II, and a logging locomotive.

To the south is Marco Island, and the Marco Island Historical Museum at the Shops of Olde Marco; depicting the islands history and housing artefacts discovered in the area from Calusa Indian tribes. The most notable discovery was in 1896, when archaeologist Frank Hamilton Cushing unearthed the famous Key Marco Cat wood carving, along with other artefacts. The Cat is now housed in Washington D.C. at the Smithsonian Institution, a replica of the artefact is on display at the museum.

Then from Marco Island, head inland towards the Tamiami Trail; a 50-mile section of U.S. 41, stretching from the Collier-Seminole State Park to the Big Cypress National Preserve. The trail passes by pioneer-era towns, as well as mangrove forests, cypress trees, and sawgrass praries. At the Collier-Seminole State Park is the “Walking Dredge”, a marvel of modern engineering, using in the late 1920s to construct the Tamiami Trail. Walk the nature boardwalks in the Fakahatchee Strand Preserve State Park and the Big Cypress National Preserve for a look at what Florida’s Paradise Coast looked like to the Calusa Indians around 2000 years ago.

In Everglades City, visit the Museum of the Everglades to check out the exhibits focusing on the southwest Everglades for the building of the Tamiami Trail and the development of the Collier County in the early 1920s. The building, originally a commercial laundry facility for the early pioneers in the area during the Tamiami Trail construction, is now listed on the National Register of Historic Places.

Visit the Everglades National Park Gulf Coast Visitor Centre for information about the Ten Thousand Islands section of the national park, and for backcountry camping permits for campsites along the 99-mile Wilderness Waterway; or take a sightseeing cruise around the saltwater section of the park.

Use the causeway to cross Chokoloskee Bay to get to the Historic Smallwood Store, which is filled with artifacts from its days as a post office and trading post for many pioneers, Indians and even infamous outlaws. The next stop from the Tamiami trail is the Ochopee Post Office, which is the country’s smallest post office, originally built as an irrigation pipe shed but being converted to the post office after a fire destroyed the original post office back in 1953.

After leaving Everglades City, head north to Immokalee for more unique history. The Immokalee Pioneer Museum as Roberts Ranch is one of the oldest historical cattle ranches still in continuous use in Florida. 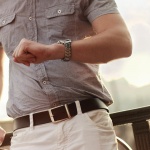 Everyone Knows Somebody Who Owns a BusinessArticles 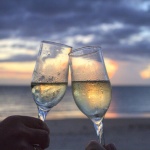 Ideas for Honeymoon in NaplesArticles
This site uses cookies to improve the user experience, by continuing to browse this site you AGREE to our use of cookies.OK