If you enjoy creating or watching independent films with carefully selected pieces of approximately 50 narrative, documentary and short films, then we’ll have you know that the Naples International Film Festival (NIFF) is an annual event that celebrates the arts and culture through films and visual presentations and that the event for this year will happen in mid-October.

Artis Naples and the Naples International Film Board have merged together to bring you this one of a kind event.  This event is what the critics, film students, film directors and the film connoisseurs will rave about for this year. The opening gala will begin in Artis-Naples Center and it will be a night of festivity and high culture. Next, the competing films will be shown to the general public through the cinema of a mall in Naples. The venue will feature state-of-the-art facilities with high definition audio and video. After the screening, people can mingle about with the directors and actors in some of the films featured in the festival which will be a good opportunity for the film makers and the viewers to get to know each other.

If you are not from town and would only plan to visit just for the Film Festival alone, then you will need lodging, of course. Fortunately, there are plenty of hotels in Naples that can accommodate you to help you in your artistic quest of attending the festival. There are several hotel partners in the city, so we advise you to see them out.

All the hotels are bursting with elegance, tropical charm and historic beauty without sacrificing the ability to provide you with the comforts of home. They give you great service and warm hospitality too. There are hotels near the beach which lets you enjoy a spectacular view while savoring some complimentary breakfast. However, if you are willing to spend a little extra, there are highly upscale options too which are not far from the shopping district. Spacious suites are available, complete with studio, a two bedroom option and a living room.

One pro tip we can whisper to you is for you to come early for Naples International Film Festival. That’s because there are plenty of area hot spots to explore during your stay. Named one of the best cities in the US by many Award-giving bodies, Naples is proud of its wealth of art and culture with organizations like Artis–Naples, Marco Island Center for the Arts, the von Liebig Art Center, the Naples Players, the United Arts Council and many more.

From tiny boutiques to expansive art galleries and restaurants, the city caters to plenty of entertainment and shopping opportunities. Then, of course, there are the beautiful beaches of Naples and Marco Island for a complete experience.

Experience the best of art, culture and film in Naples, Florida. For when we say the Paradise Coast is meant for everyone, we mean that even the ones who are in touch with their artsy side are very much included. 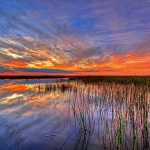 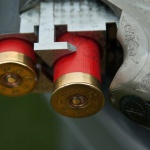 Guys Getaway in Naples, FLArticles
This site uses cookies to improve the user experience, by continuing to browse this site you AGREE to our use of cookies.OK