The great thing about Naples, Florida is that it has the best of both worlds; on one part of the city you can be lying around on a recliner on a world class hotel, sipping martini after a game of golf and an exotic spa massage, and on the other hand are the Swamp Buggies. For those of you who don’t know, a swamp buggy is a massive motor vehicle that is used to get around thick and boggy swamp terrain. They may be built from scratch, putting together old jeep and tractor parts or just plain vehicles modified heavily to be able to move around thick and murky mud.
Historically, the region is quite difficult to navigate, especially in the Everglade area, with its murky bogs and thick woods, getting from one point to another is hard, and people usually used rafts and small boats to get around.

But then, after the Second World War, aircraft tires and other war surplus vehicles such as the jeep found their way into the region and it was not long before these and many other parts were incorporated into what was then called the “Tumble Bug”. Fast forward several decades later into the eighties and nineties, tractor tires that were commonly used in agriculture became popular to be used in what was already then called Swamp Buggies. The state of Florida also recognizes this invention and was used in law enforcement as early as 1930’s.

Navigation was difficult in the swamps and prairies of southwest Florida. Fortunately, a man named Ed Frank from Naples, Florida thought of a great solution. He invented what we know today as the swamp buggy using an old Ford T Model and installed make-shift seats and enormous tires. This was so he can move around the marshes and swamps with relative ease and gave birth to the swamp buggy. Eventually, this vehicle proved valuable in the Everglades was the place was first starting to move on to progress and development back in the early nineteen thirties and forties. Originally named “Tumble Bug”, the prototype was a tall and strange-looking vehicle and was used for virtually everything from hunting expeditions around the area or as a family vehicle used in Sunday afternoon outings.

The swamp buggy was born out of the creativity of the people of southwest Florida. The general terrain was swampy and difficult to navigate, thus the locals had to be creative. This is what propelled the idea of a vehicle that was powerful enough to surmount the terrain. From humble beginnings that used discarded parts from decommissioned airplanes and land vehicles from World War II, swamp buggies now provide action and excitement to people, not to mention local revenue, because of Swamp Buggy Races. The once mechanical salads of yesterday are today badass beasts that roar through the shallow puddles using brand new engines and custom-made parts. Now, propelling the mud and waters and moderately dense vegetation and even drive through logs and some stumps has been possible thanks to this great innovation. 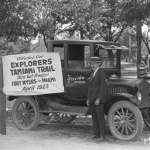 What Do The Tamiami Trail and U.S. 41 Have in Common?Articles 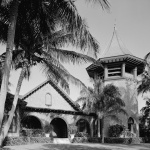 Experience Old Florida at This Unique Festival EventArticles
This site uses cookies to improve the user experience, by continuing to browse this site you AGREE to our use of cookies.OK