Chokoloskee is a small town tucked away in the furthest region in Florida, somewhere near the Everglades, but despite its small size you’ll be pleased to find that it has massive histories waiting to be told. Much of the old stories of this tiny island can be found in its first store, the Smallwood Store. First established in 1906, by pioneer Ted Smallwood, it served as a trading outpost for pelt and skin traders who frequented in the area. It became the hub for hunters, sailors and a few outlaws who traded what they have for other things that were needed to survive during those times.

The store is made of wooden planks that were painted red and stands on stilts as its location is somewhere in the outskirts of Chokoloskee, so it’s partly on the water, but close enough to the shore. Thus, the store offers a great view of the Chokoloskee Bay outside, which is quite the sight to behold, yet the best things about the Smallwood Store is what can be found inside. Having survived all this time, it accumulated some interesting things that were preserved and kept in presentable condition over the period of more than a hundred years. This makes the Smallwood Store technically a museum now. The moment you enter the museum, you’ll be immediately greeted by a stack of odds, trinkets and curiosities from the 20th century. It’s like being in a time traveling capsule.

You can immerse yourself in an old-timey vibe when you’re in the museum. There are notes on the displays that tell information about the things you are looking at and they all tell something amazing about what that object is and the time it’s from. Inside, you’ll see barrels, alligator skins, a Coke machine from 1945, preserved rattlesnakes, worn out shotguns and even an antique gumball machine. There is also a long wooden table that still exists today which was designed by one of Ted Smallwood’s daughters. The store even dedicates a section to Ed Watson, a patron in the store and was linked to a series of murders back when the store was still new. A group of locals tracked him down and he was eventually cornered in the Smallwood store where he was gunned down by several of the neighborhood locals. It was a grim tale from the days when obtaining justice was very difficult and what’s it like when civilians take matters to their own hands.

The Smallwood store is a legacy to Florida and to the history of the country and although it survived the ravages of time and 6 storms throughout the century, it unfortunately took its toll on the Hurricane Irma. Fortunately, restoration and repair efforts are on their way through the help of donors and volunteers. And if you wish to know more about Southwest Florida’s history and all the good places you can visit in the Paradise Coast, head on to the Divine Naples website and check out our Articles section where we show you all that’s good in this side of the country. 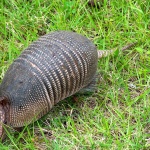 Armadillo Races are Unique in SWFLArticles 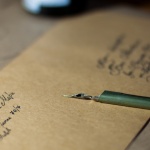 Smallest Post Office in the USArticles
This site uses cookies to improve the user experience, by continuing to browse this site you AGREE to our use of cookies.OK