Local weather in Marco Island is phenomenal. It’s nice and warm, people love it here and we’re pretty sure you’ll love it too. Daily weather mostly calls for fair skies and cool days with mild breezes.  Warm temperatures can range from around 60 to 80 degrees Fahrenheit.  You can check the local weather online too and it’s always updated for your convenience. There are even links that can get you a live real-time feed on the beaches of Naples city and Marco Island.

Speaking of Marco Island, their beaches have been repeatedly voted as the number one beach in the US in various websites and magazine that are published all over the country. It’s also voted as the #4 in the world in the 2014 Trip Advisor Readers’ Choice Islands Awards. The criteria were based on the quality and quantity of positive reviews.  Visiting the gorgeous beaches in Marco Island is always a good decision anytime of the year. Bask in the sun and play along the cool waters then pamper yourself with some relaxation courtesy by the top hotel chains that are all ready to serve you.

Moreover, Marco Island was also named one of the “100 Places That Will Change Your Child’s Life” by no less than the National Geographic Magazine so, that’s surely saying something.  The feature they made covers an amazing trip that teaches people about the dolphins in the region and this was covered by the magazine’s editor-in-chief then.

Moving on to Naples, Florida, Dr. Beach declared Barefoot Beach in north Naples as the #2 best beach in the USA two years ago, and the beach at Delnor-Wiggins Pass State Park as the #9 best beach destination in his latest list of Top Ten USA Beaches. That’s not one but two beaches in the north Naples area in the national Top Ten! And yes, before we forget, The Travel Channel named Naples America’s Best All-Around Beach in 2005.Be sure to take a peek into one or both of these splendid beaches on your next visit.

FlipKey.com, the vacation rental company of Leading travel site Trip Advisor has announced Naples, Fla. as a Top Gulf Coast Beach Destination. This declaration was based on extensive research regarding the tourism industry as well as positive versus negative visitor feedback.

At this point let’s travel to the tiny but beautiful Keewaydin Island, an eight-mile-long barrier island beach between Naples and Marco Island. This frequent tourist stop was named one of the Top Ten Secret Beaches of the South by Southern Living magazine. Major news organization, CNN also named it “Top Ten Secret Beaches” in 2014. It’s definitely worth a visit, but it’s only accessible by boat. Rent one, hire a captain, take one of the area sightseeing cruises that includes a stop on these beautiful white sands.

All these awards from all these credible sources can’t be wrong. If you were not convinced by the sheer beauty of this region, then the words of these organizations will sure have some weight on you. Come and experience the best time of your life in Naples City, the Everglades City and Marco Island. 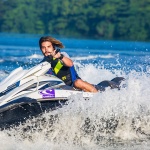 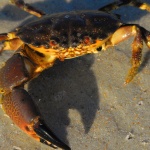 Interesting Facts About Stone CrabsArticles
This site uses cookies to improve the user experience, by continuing to browse this site you AGREE to our use of cookies.OK