The state of Florida puts great importance to the protection of wildlife and their habitat, especially the endangered species. One of these is the Florida Key Deer that can be found in the Deer Refuge of the National Wildlife Refuge in the Florida Keys. This can be a nature sight-seeing opportunity if you want to spend a quiet time with someone. In the refuge site there will be a variety of species of birds, plants, mangrove trees all spread across a mix of salt and fresh water, depending on the area. And, of course, the Key Deer. These lithe, majestic and absolutely adorable animals can be seen roaming around the protected area and you can get to see them up close and personal.

The Key Deer is probably the cutest deer you can find. It’s is classified as the smallest subspecies of white-tailed deer. However, they are the largest herbivores in the Keys and are very much fond of munching all the native plants they can get their teeth on. According to the National Key Deer Refuge, The largest males typically stand only about 1 meter at the shoulder and weigh a maximum of around 85 lbs. Females are smaller, weighing on average 65 pounds.

The population of the Key Deer has dwindled to a few dozen back in the fifties because of the destruction of the marshes and forests where they live as well as the relentless hunting for their meat and pelt. They were then enlisted as an endangered species and that’s when the refuge took charge in propagating their numbers and the effort has made significant positive impact for the growth of their numbers. The refuge looks after the welfare and protection of the deer and as such they constantly remind the people to not feed any of the deer so as not to harm them.

The Key Deer can already be a spectacular sight in itself but there are lots of animals in the National Wildlife Refuge that are just as cute and amazing. Take for instance the Marsh Rabbit. These rabbits are the tiniest in their subspecies and they get to only up to 15 inches in length and weigh no more than 3 pounds. They live in, you guessed it, around marshes and tall grasses which serve as their nesting grounds as well. They eat all the greens they can find and spare some for their young, which can go and fend for themselves in as early as 2 weeks old.

When you look up, there are also beautiful birds to be found. Most of these birds are commonly found in the Southwest Florida region such as ospreys, terns, white ibis, peregrine falcons, mangrove cuckoo and the double-crested cormorant. All these birds can be seen soaring above the skies or perched in the branches of the mangroves or other trees. Some can be found in the middle of the hunt for fishes in the mangrove forest rivers and waterways. This is a perfect opportunity for any nature photographer to take that money shot.

With all the tranquility that can be experienced in the National Wildlife Refuge, it’s easy for any couple who’s looking for a morning stroll to pick this site as a place for their next visit. 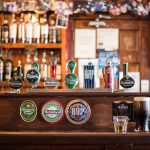 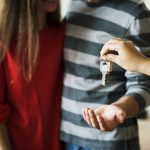 More Things You Need to Know Before Moving to Naples, FLArticles
This site uses cookies to improve the user experience, by continuing to browse this site you AGREE to our use of cookies.OK