A getaway island tucked away in the furthest southern region of the country may be just the thing you guys need to spice up your love life. Would you be so surprised if we tell you that there is such an island south of the Everglades? Knowing that this region holds the best summer escapade, of course, you wouldn’t. The place we’re talking about is the Indian Key Historic State Park. It’s a small island that’s only 11 acres but it’s jam packed with stunning nature views as well has historical structures from the 1800’s to boot. Tell this little secret to your love and get ready for that romantic vacation you’ve been dreaming about.

The Indian Key in Florida is a very nice place to hang out if you’re looking for a more private island beach setting but there’s a fair bit of history to it too. It began in 1824 when a company of two men sent an employee to establish a store in the island. This place was to accommodate people who happened to survive shipwrecks around the area as well as serve those who would like to settle in the place. The settlement grew steadily and by 1829 the place became large enough that it had considerable number of men and a dozen women. A year later, a man named Jacob Houseman found himself on the island. Houseman had a reputation for being involved in illegal activities but somehow after finding the island, became a changed man and began buying properties on the island and even became the community leader. He made improvements on the island, spending a total amount of $40,000 in just four years of being there. Because of his efforts, the island got an Inspector of Customs and its very own post office. The place went from just having a single store to a fully legitimate town in a matter of a few years. The Indian Key even survived the Second Seminole War which ran from 1835 to 1842. But by 1856, there were only two families left and they stood firm against the Seminole attacks due to the Third Seminole War. The Civil War of 1860 took most of the population in the island and was eventually abandoned.

Today, some of the structures still remain on the island and it shows a glimpse of what life had been like and how harsh it must have been for the settlers. This feeling of having history right next to you while relaxing on a remote island provides a richer experience to any visitor.

Should you wish to know more about the islands of southwest Florida and the best summer getaway experiences that you, your partner or even your family can get, head on to the website of Divine Naples and check out the articles section. Or, take a peek at what’s happening around the region by visiting the Tourist Guide section. Or, if you are in a hurry or perhaps driving and have no time to read, tune in to our podcast the Divine Naples Daily where Rich and Matt fill you in with what’s good around the Paradise Coast. 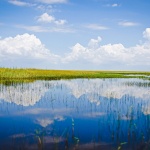 A Day Trip in Lovers KeyArticles 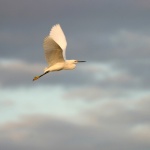 Day Trip in Sanibel IslandArticles
This site uses cookies to improve the user experience, by continuing to browse this site you AGREE to our use of cookies.OK