Beer is has been a favorite drink for people ever since the dawn of civilization. There is sufficient archeological evidence that people from the Sumerian civilization enjoyed this alcoholic beverage. Experts found manuscripts dating as far as 6000 years ago detailing recipes on brewing beer.

There were even clay pots in which they found traces of what seemed to be carbonated beer. Yes, the same beer that produces that sparkling bubble effect we are used to today. This is something that has not been reproduced until technology has progressed the way it is now. How an ancient people who barely know science came up with this is effect is beyond the scope of this article but we thought it’s just an interesting thing to point out.

What we’ll be looking into today, however, is the history of beer in America. According to the Brewers Association, as of 2014, beer in the United States is manufactured by more than 3,000 breweries, which range in size from industry giants to brew pubs and microbreweries.

Beer is certainly an awesome beverage to drink provided you know your limits and know how to keep things on the fun side. It sure can turn a boring gathering of people into one massive party. So, the next time you crack open a cold one with the boys, you can always stop for a moment and just be in awe with the fact that what you have in your hand at that moment lays thousands upon thousands of years of human innovation and history. Also, the United States produced 196 million barrels (23.0 GL) of beer in 2012, and consumes roughly 28 US gallons (110 L) of beer per capita annually as per the Brewer’s Almanac. If this isn’t any indication that American people love beer then we’d have to note that the total consumption for beer in the United States is second only to China, a country which has a population of 1 billion people, that’s three quarters more than the people in America, minors included.

Beer actually has been a part of American life ever since people settled in the New World back in the Exploration Era of late 1400-1600’s. The early settlers used corn as carbohydrate source for their beer plus birch sap and water. We imagine it might not be the best of swills but they did what they can. They probably got this recipe from the Native American tribes who have been, of course, brewing beer long before the colonizers came.

It was for the most part all well and good since then until the Prohibition era came about. On January 16, 1919, the Eighteenth Amendment to the United States Constitution was instituted into law, making the Prohibition era, wherein the generation, dealing and transportation of alcoholic drinks was made unlawful. All lawful American brewing stopped when prohibition was forced. This led to some negative societal reactions one of which was the formation of cartels and a black market. It was a pretty dark time in American history, good thing we have learned our lesson from it.

Nowadays, beer has been more popular than ever with smaller and more independent brewers popping out in the scene left and right. This trend has been the same in southwest Florida as well, with many bars, craft shops and waterholes that display unique blends that have different flavors that are sure to cater to everyone’s tastes. Visit divinenaples.com to check out the best places in town to chug it down. 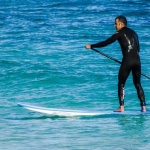 Where to Rent a PaddleboardArticles 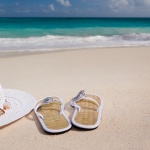 How to Have a Great Time on the Beach in NaplesArticles
This site uses cookies to improve the user experience, by continuing to browse this site you AGREE to our use of cookies.OK